Crafton led an effort by ThorSport Racing that put three cars in the top five. Crafton’s teammate Ben Rhodes, who was fastest in the first session, was second at 132.697 mph. 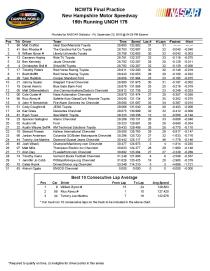 In the last minutes of the Camping World Truck Series’ first practice at New Hampshire Motor Speedway, Ben Rhodes dethroned William Byron from the top spot with a speed of 132.076 mph.

Rounding out the top five was Christopher Bell, Johnny Sauter and Ben Kennedy.

Spencer Gallagher recorded the most laps in the session with 29. 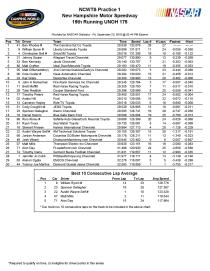 After two road course races in the Xfinity Series, NASCAR Next member Alon Day will make his American oval racing debut this weekend in the Camping World Truck Series.

Day, a native of Israel and a regular on the NASCAR Euro Whelen Series, will drive the No. 71 Chevrolet in the Camping World Truck Series’ UNOH 175 at New Hampshire Motor Speedway.

It will also be Day’s first Truck Series start.

The 24-year-old driver made his first NASCAR start in the United States in the Aug. 13 Xfinity Series race at Mid-Ohio. Day finished 13th in the rain soaked event after starting 22nd. Two races later, Day started last at Road America after a qualifying accident. He put his No. 13 Dodge in 30th, finishing on the lead lap.

Day is a six-time NASCAR winner on the European circuit and has won three times this season, including last weekend at Adria Raceway in Italy. Day started from the pole and led every lap, finishing with a 9.4 sec lead over second place.

So thankful and happy to announce that I will race this weekend at @NHMS in the @NASCAR_Trucks driving the no.71 https://t.co/91R4qTcdHN. pic.twitter.com/F4eKbeaBbZ

The inaugural Chase in the Camping World Truck Series begins this weekend with the UNOH 175 at New Hampshire Motor Speedway.

There are 32 trucks on the preliminary entry list for the race. Four trucks

The No. 7 will be driven by Matt Mills, the No. 11 of Red Horse Racing will once again be driven by Brett Moffitt and the No. 74 will be piloted by Timothy Viens.

The No. 71 does not officially have a driver attached to it yet. No Sprint Cup drivers are on the entry list. 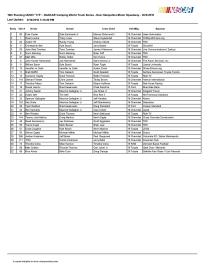 There are 31 drivers on the preliminary entry list for the Camping World Truck Series’ UNOH 175 at New Hampshire Motor Speedway.

Sprint Cup drivers Kyle Busch and Austin Dillon are among the entries.

Part-time driver Cole Custer will look to defend his 2014 win in the race, which was the first at the track since 2011 when Kyle Busch completed three-straight wins in the event.

Friday’s race is the 500th race for the Camping World Truck Series since its inaugural year in 1995. 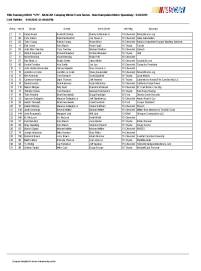