JJL Motorsports, which fields a part-time entry in the Gander Outdoors Truck Series, will close at the end of the current season and has been put up for sale, the team announced Tuesday.

The team’s final races will be Nov. 8 in Phoenix and the season-ending Ford EcoBoost 200 at Homestead-Miami Speedway on Nov. 15.

In the statement, the Sherrills Ford, North Carolina-based team announced owner Jason Little will “depart the ownership role to facilitate a new position within the industry.”

Driver Jesse Little, who is a nephew of Jason Little and son of NASCAR managing director of technical inspection and officiating Chad Little (also former director of the Truck Series), is “exploring opportunities in either the NASCAR Xfinity Series or Monster Energy NASCAR Cup Series next season,” the statement said.

Since then, the team has competed in 26 Truck Series races. To date, Jesse Little’s best season has been 2018, when he made nine starts and earned six top 10s, including a best finish of sixth at Iowa.

Thus far this season, Jesse Little has made eight starts, with a best finish of 13th at Texas.

“I’ve really enjoyed the NASCAR Gander Outdoors Truck Series over the last five years and I’m very proud with what this family-owned team has been able to accomplish,” Jason Little said in the statement. “Moving forward, both Jesse and I are looking for new ownership to take over the JJL Motorsports team intact and look forward to discussing with anyone interested in taking the reins and competing in the series during the 2020 season and beyond.”

Driver @jesselittle97 to focus on Xfinity and Cup opportunities for 2020 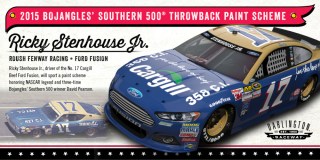 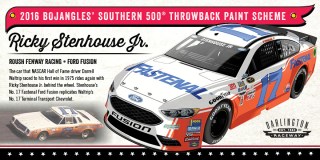 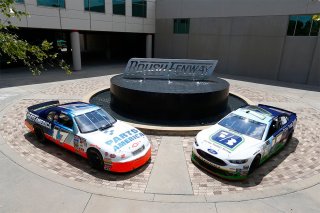 Jesse Little is about 24 hours away from accomplishing at 18 what his father, Chad, didn’t until he was 23.

When Jesse Little takes the green flag in the Camping World Truck Series’ Lucas Oil 200 at Dover International Speedway, his first start in a national NASCAR series will be under way. Little will make his Truck debut in the Carolina Nut Company Toyota Tundra for ThorSport Racing.

“I know as a family-owned team, we’ve put a lot of hard work and preparation into this weekend and making my Camping World Truck Series start at Dover is something that hasn’t really hit me yet, but certainly I’m excited,” Little said Friday. “I love coming to this place.”

His truck will sport No. 97, the same number used by Chad Little when he raced a John Deere-sponsored Ford Taurus for Roush Racing in the late-1990s.

“I think leading up to this weekend, he (Chad) was more excited that I was,” Jesse Little said. “It’s cool to make my first national series start. My grandpa is flying in from Washington state to come. It’s a big deal and I’m excited.”

Since 2012, Little has driven in the K&N Pro Series East and West. He earned a win in 2014 at New Hampshire Motor Speedway.

Last year, Little was named a member of NASCAR Next. He was named to the 2015-16 class three weeks ago.

Little’s debut at Dover will be aided by a familiar face. His crew chief will be Harold Holly, who also was crew chief for Chad Little in the Xfinity Series in the ’90s.

“He’s always been a great family friend, and him and I have always gotten along well together,” said Jesse Little, who goes fishing with Holly on the weekends when time allows. “This will actually be the first race where he’s listed as our crew chief. I’m looking forward to it. He’s very knowledgeable. Him and I, we have great chemistry, and that goes the same for the ThorSport guys.

He joins a ThorSport stable that has two-time defending truck champion Matt Crafton and Johnny Sauter.

“Their knowledge is amazing, so definitely going to use that for my advantage and lean on those guys quite a bit this weekend,” Little said.

It also helps to have Chad Little as your father. The elder Little made his NASCAR national series debut in Sprint Cup with the 1986 Budweiser 400 at Riverside (Calif.) International Raceway, driving a No. 28 Ford. Little made 217 starts in Cup and 134 in Xfinity. The Spokane, Wash., native earned six Xfinity wins, but his career best in Cup was a runner-up finish to Roush Racing teammate Mark Martin at Texas Motor Speedway in 1998.

In February, after serving as the series director for the Camping World Truck Series, Little was named the managing director of technical inspection and officiating in NASCAR.