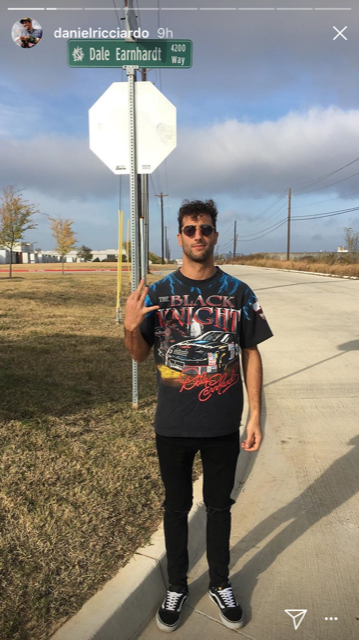 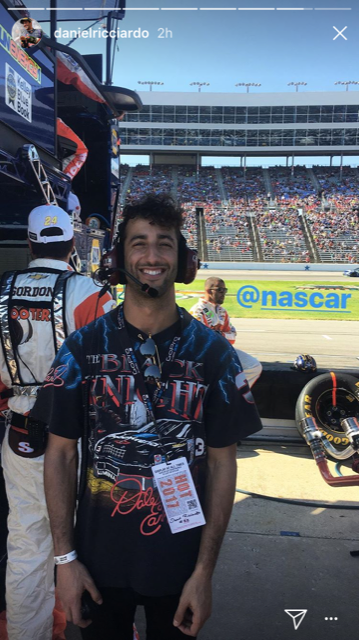 INDIANAPOLIS – Indianapolis Motor Speedway President J. Douglas Boles confirmed to NBC Sports that discussions were had about shifting the Brickyard 400 to the road course before the decision was made to keep the NASCAR Cup Series on the 2.5-mile oval

The track’s NASCAR weekend shifts from late July to Sept. 9 next year. The track will host the final Cup race before the playoffs begin.

Boles said Wednesday that the road course was considered an option but rejected for multiple reasons.

“As fans know and as we know and as NASCAR knows, the Brickyard 400 over the last several years has struggled,” Boles told NBC Sports. “We believe to continue to make it viable and frankly to grow it, we had to look at everything.

“We actually had a conversation about the road course in February in Daytona. Mark (Miles, CEO of Hulman & Co., INDYCAR and IMS parent company) and I met with the folks in NASCAR in New York City. We talked it through.

“Ultimately, the Indianapolis Motor Speedway is about the oval and NASCAR is about the oval. What makes this race special for the drivers is they get to drive on a track that Ray Harroun ran on, Wilbur Shaw won on, and you can recall the names that meant something to this sport.

“We felt committed to making the oval work.”

It was the heat, Boles said, that was the primary factor for the move to the fall. Boles noted the customer feedback from annual surveys and said that more than the racing product on track, heat was an overriding complaint.

“We survey our fans after every year,” Boles said. “The one thing we hear more than anything, the biggest complaint about the Brickyard 400 is the heat in the middle of the summer and you can’t shade this place. You can’t add more shade. The heat is the number one factor. We would make a move to move it out of the heat.

“Now we’ve moved it to an event where they will crown their regular season champion and they will set their 16 drivers for the playoffs. For us, that is another talking point.

“This addresses the number one concern that our customer has. The second or third, depending on the year, is that the race is just a race and doesn’t have real meaning to the rest of the season, so now we’ve also addressed that concern as well.”

One concern that arises from a September date is the potential of going head-to-head with the Indianapolis Colts. The NFL traditionally releases its schedule in April, so NASCAR will know whether the Colts are in town on Sunday, Sept. 9 well in advance.

Boles and IMS are already working toward an amenable solution.

“We completely understand it’s NFL season, and we’re in a city where the Colts are,” he said. “So we have begun those conversations, even ahead of announcing this with the folks at the Colts, so we can do the best we can to limit the weekends we go head to head with the Colts in this market.”

There’s always been the lingering question that once Tony Stewart retired from full-time NASCAR driving wondering whether he’d be back at the Indianapolis 500, as he raced it five times from 1996 through 2001.

Stewart’s newly launched Team One Cure, part of The Tony Stewart Foundation, will have an entry in this year’s 101st running of the race, in what will be Schmidt Peterson Motorsports’ No. 77 entry. SPM will have Honda aero kits and engines this season.

This confirms SPM’s third car in the race for a fifth year running; previous third drivers have been Katherine Legge (2013), Jacques Villeneuve (2014), Conor Daly (2015) and Oriol Servia (2016). This year’s driver will be revealed soon.

Team One Cure follows on from Stewart’s philanthropic work, which has been known within some racing circles but not a widespread audience.

Stewart has always been an advocate for children and animals, especially those facing serious illness. When introduced to the Colorado State University Flint Animal Cancer Center (FACC) and how it is developing cutting edge cancer treatments for people and pets, Tony was moved to action. To create awareness, enthusiasm and understanding of the FACC and their partners in comparative oncology, Team One Cure was launched.

“We learned that with the One Cure program, cancer treatment breakthroughs are happening through collaboration between scientists and doctors working with both people and pets,” Stewart said in a release. “It perfectly fits with my foundation’s missions to help children and animals. Sam Schmidt represents the very best in an injured racer overcoming adversity, plus we share the passion to win at IMS.”

Schmidt, team co-owner, added, “Very pleased to be participating in the 101st Running of the Indy 500 with such a fantastic program as Team One Cure. Tony is the most generous guy I know in motorsports, and his charitable efforts on behalf of children and animals in need is unbelievable, so this is a perfect fit. With the team at Colorado State University making such huge strides in cancer research, this will truly be a cause we can get behind. That, combined with both of our extreme desires to win this race, should make for a really competitive entry.”

No mention was made of 2016 SPM partner Will Marotti within this release, via his Marotti Racing entry which was part of SPM’s No. 77 Honda last year. The Connecticut pastor recently released a video announcing his plans to return to the 2017 Indianapolis 500, which reveals a rendering of a “God Bless America” adorned No. 77 Honda, and asking viewers to go to his website for further information.

DAYTONA BEACH, Fla. – Jeff Gordon‘s return to the Rolex 24 at Daytona for the first time in 10 years came up aces with the No. 10 Konica Minolta Cadillac DPi-V.R, in a car he shared with Jordan and Ricky Taylor and Max Angelelli.

Gordon played a key role in the start of the race before ceding the car to the three sports car veterans, as Angelelli put the car in position to win before first Jordan, then Ricky Taylor brought the car home to the finish.

Despite the dominance displayed throughout the race, Ricky Taylor needed to complete a pass for the win on Lap 655 of the race past a fellow Cadillac driven by Filipe Albuquerque for Mustang Sampling Racing.

The Portuguese driver dove to the inside of Turn 1 while Taylor went for a tight gap, and the two cars collided. Albuquerque spun out but resumed after a slight delay.

IMSA officials reviewed the incident but took no further action.

Gordon joins Jamie McMurray, AJ Foyt and Mario Andretti as the only drivers to win the Rolex 24 at Daytona and the Daytona 500.

A typical test for the Verizon IndyCar Series at Road America ahead of next week’s Kohler Grand Prix had a shocker  in the final couple hours of testing.

Team Penske and the IndyCar Series posted tweets of Keselowski preparing to run the car and video of him doing so.

Keselowski does have one past NASCAR Xfinity Series start at the track, having finished fourth in 2010.

And for good measure, Ed Carpenter offered Kasey Kahne a chance to run whenever he wants too, after Kahne tweeted “awesome!!” after seeing the news. Carpenter runs the two-car Ed Carpenter Racing program.

Let me know when you want a go… https://t.co/oXdBEfYAB1

Here’s a social roundup… this post will be updated:

Look who showed up at the @IndyCar test at @roadamerica. NASCAR Champion @keselowski is checking it out. pic.twitter.com/mePJxEwoyZ

Think we can get @keselowski to take some laps in the @Menards car? pic.twitter.com/HM4vIEOUoQ

Yup. We talked him into it. @keselowski is even getting some pointers from @MarcoAndretti pic.twitter.com/oNmKvPO6Nd

If you’re gonna make your first laps in @IndyCar who better to get advice from but points leader @simonpagenaud pic.twitter.com/c5JBM62p07

.@keselowski is about to jump in a @Team_Penske #INDYCAR for a few laps! #KohlerGP pic.twitter.com/OmFqWFvrUI

. @keselowski finishes his day @roadamerica turning his fastest lap at the end and improving his top speed to 187.