Veteran NASCAR crew chief Barry Dodson passed away Wednesday at the age of 64.

Barry Dodson’s brother, John Dodson, issued a family statement: “Barry’s passing leaves us all with heavy hearts. He left his mark in the NASCAR history books and he served the sport with a passion that few will ever match. We love him and we miss him.”

But it was with NASCAR Hall of Famer Rusty Wallace that Dodson enjoyed his greatest success.

Dodson and Wallace combined for 18 of Wallace’s 55 career Cup wins and earned nine poles during a five-season tenure from 1986 through 1990.

The highlight of their time together was 1989, when with Dodson aboard the pit box, Wallace won his lone Winston Cup championship.

Wallace and Dodson also recorded a second-place finish in 1988, a fifth-place showing in 1987 and sixth-place finishes in their first and final seasons together, 1986 and 1990.

Dodson was unique in that not only was he Wallace’s crew chief, he also spent much of his time serving as part of the over-the-wall pit crew that serviced the Raymond Beadle-owned No. 27 Pontiac that Wallace piloted.

Sadly, two of Dodson’s children, 17-year-old son Trey and 16-year-old daughter Tia, were killed in a one-car accident in 1994 in Darlington, South Carolina.

With sadness, my brother and sisters dad Barry Dodson went to join them in heaven this morning. He missed his children so much. He was a great and loving step father, and had much to do with my own career path, BD will be greatly missed 🙏 ❤️

If you’re hoping to see a Xfinity Series regular driver win this weekend at Charlotte Motor Speedway,  you may want to temper your expectations.

In the last 25 Xfinity races at the 1.5-mile track, only one Xfinity regular has visited victory lane.

That honor belongs to Mike Bliss.

Other than that, NASCAR’s home track has been a haven for Cup drivers in the Xfinity Series in recent memory.

Of those, only Dillon and Blaney are entered in this weekend’s race. They join Cup regulars Ty Dillon, Daniel Suarez and Erik Jones.

Three times a Cup driver has completed the weekend sweep at the track, but none have done it since Mark Martin in 1995.

One stat going in favor of Xfinity drivers is in the recent past at 1.5-mile tracks. In the last six races at that type of track, there have been six different winners. The last two were won by non-Cup drivers, Justin Allgaier (Chicago) and Tyler Reddick (Kentucky).

Here’s some more interesting stats ahead of the Drive for the Cure 300. 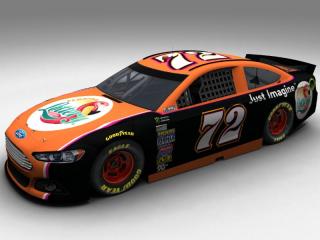 When NASCAR’s best gather in Las Vegas this weekend for the Sprint Cup Awards, someone needs to take a very specific picture.

The people who pose for the picture are part of a very exclusive club. It’s a club that stopped accepting members on Feb. 18, 2001 and loses members almost every year.

Had the club portrait been taken just last year the group of drivers would have included Bobby Labonte, Michael Waltrip,  Jeff Gordon (with the knowledge he’d be a substitute driver in 2016) and Tony Stewart.

Now Stewart is retired from NASCAR competition and Gordon is really retired. Labonte and Waltrip have not announced plans for next season.

How large is the club’s membership now 15 years after Earnhardt died in a last-lap crash in the 2001 Daytona 500?

When the green flag drops on the 59th Daytona 500 on Feb. 26, only four drivers in the field – Dale Earnhardt Jr., Matt Kenseth, Ryan Newman and Kurt Busch – will be able to boast that.

The last addition to the club of the four was Newman.

Two years before his rookie season in 2002, Newman made his Cup debut in the Checker Auto Parts / Dura Lube 500k at Phoenix International Raceway. At 22, Newman started 10th and finished 41st after engine problems. Earnhardt started 31st and finished ninth.

Busch made eight starts against Earnhardt, the first coming on Sept. 24, 2000 in the MBNA.com 400 at Dover International Speedway.

His eighth start was the 2001 Daytona 500. Years later, Busch proudly lays claim to being one of, if not the last driver, to ever be Intimidated.

The moment came on Lap 85, with Busch and Earnhardt running next to each other in the top five. Busch was driving the No. 97 Ford for Roush Fenway Racing.

Earnhardt Jr. and Kenseth will be the only full-time Cup drivers in 2017 who competed in a full season against Earnhardt Sr.

Both drivers had their rookie seasons in 2000, with Kenseth winning Rookie of the Year. But both made five starts in 1999, with Earnhardt Jr.’s first coming in the Coca-Cola 600.

However it’s Kenseth, now 44, who made the earliest start against the Man in Black.

Other active NASCAR drivers (in 2016) who competed against Dale Earnhardt Sr.

Tony Stewart retirement leaves one less driver who was ever Intimidated November 28, 2016 2:50 pm