And “Smoke” is disappointed by some of the recent attempts at pugilism in NASCAR.

During his induction Saturday afternoon to the Texas Motorsports Hall of Fame, Stewart wistfully recalled the throwdown between A.J. Foyt and Arie Luyendyk in the winner’s circle after the inaugural IndyCar race at Texas Motor Speedway.

“I don’t know what I was more upset about: The fact that we didn’t win the race because we had a lap lead over Arie (before an engine failure), or the fact that I didn’t get a chance to get into the middle of a fight with A.J. and Arie,” Stewart said. “A.J. and I should start (along with Texas Motor Speedway president) Eddie (Gossage), a little fantasy camp for drivers to teach them how to fight instead of this ‘patty cake, patty cake’ shit.”

Stewart playfully mocked Xfinity driver Tyler Reddick, who had said earlier at the luncheon (where he received – no kidding – a sportsmanship award) that he had asked Cole Custer “Are we going to use hands?” during their scuffle two weeks ago at Kansas Speedway.

“It’s like, ‘Oh my God, what are we doing? We’re going to hold hands to come in from recess and preschool?’ ” Stewart said. “That’s why I love Kevin Harvick (for) when Kevin pushed Brad) Keselowski into Jeff Gordon (after the Nov. 2, 2014 race at Texas). And for Jeff Gordon to fight, that’s like, you’ve got a better shot of winning the lottery to get Jeff to fight.

“At least Harvick had the balls to push somebody and say, ‘Listen, if we’re going to do this, let’s do this. Let’s do it right.’”

There have been scuffles in the pits after races the past two weeks in NASCAR: the Custer-Reddick scuffle at Texas and the Denny Hamlin-Joey Logano set-to at Martinsville Speedway (which resulted in a No. 22 crewmember’s one-race suspension).

“It frustrates the crap out of me,” Stewart said. “I can’t stand watching these guys. I’m watching Joey Logano with his hand on his crew guy in front of him so he can act like he’s swinging back there. For God’s sake. This is getting embarrassing.

“I tell you what, just line both of them up. I’ll whip their ass by myself together. I don’t care. I’ll take them both on. We can do it right after this (luncheon) is over. Take them to the media center, I’ll whip both their asses. You can put them right beside each other. I’ll take them down.

“You can stand behind me and act like you’re going to do something, Gossage. That way it looks like at least two on two. It looks more fair to them, anyway.”

Stewart, who once threatened “I”ll bust his ass” after Logano’s blocking had angered him in a 2013 race at Auto Club Speedway, has gotten in hot water for using his fists before.

He briefly was jailed after a 2011 incident in which he reportedly slugged an Australian track promoter, and he went after a fan at a sprint car race in July.

He also has been involved in physical altercations with several drivers, including Robby Gordon, Brian Vickers and Logano.

“By the way, next year I will not be getting the sportsmanship award from Texas Motor Speedway,” Stewart quipped. 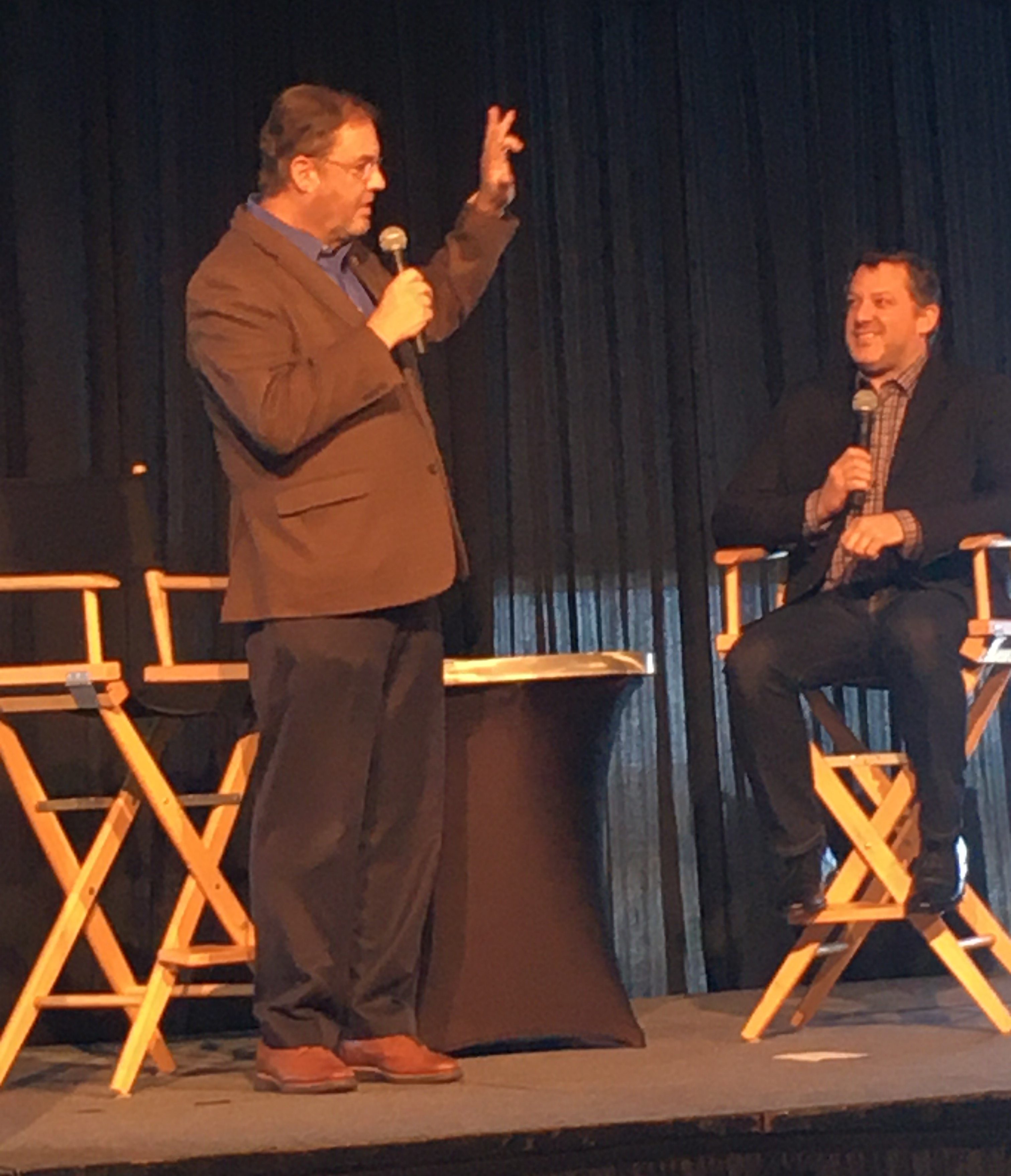