Briscoe will drive the same truck he used to win last year’s race. DIAEDGE will be the sponsor.

“Just super exciting for me to go back to Eldora to try to win two in a row,” Briscoe said Thursday at Kentucky Speedway. There have been no repeat winners in the Eldora Truck race in the six times it has been held.

“Eldora to dirt racing is like what Daytona is to pavement racing,” Briscoe said. “It means a lot to go back and race this race.” 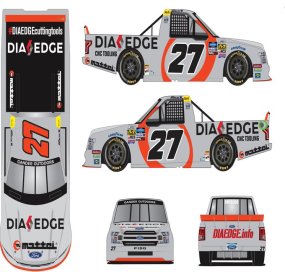