NASCAR will begin a new season – on a computer and with fans as competitors, that is – in the eNASCAR Heat Pro League. The 16-race season begins in May.

To kick things off, NASCAR, 704Games and the Race Team Alliance will hold the eNASCAR Heat Pro League Draft on March 10 at 10:45 a.m. ET in the infield of ISM Raceway in Avondale, Arizona.

“This year more than ever, there is increased energy and industry collaboration around our esports initiatives,” said Craig Neeb, NASCAR executive vice president of innovation and development. “Since announcing the eNASCAR Heat Pro League, new and existing fans competed on their gaming consoles for a potential seat in our Pro League and engaged with NASCAR Heat at a higher rate than ever before. We’re excited for what the future holds in this emerging space.”

The new esports league will feature 14 teams and 28 drivers, each owned and operated by prominent NASCAR race teams. Chip Ganassi Racing will make the first pick of the draft, with the first segment specific to Xbox One gamers. The following segment will be inverted for PlayStation4 gamers. 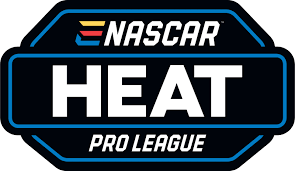 “The eNASCAR Heat Pro League Draft will join race teams with the best NASCAR Heat players for the first time ever,” said Ed Martin of 704Games. “After months of fierce competition, teams will have some difficult decisions to make on Sunday, March 10. We look forward to delivering competitive and entertaining racing for fans and gamers alike when the season begins in May.”

Fans began qualifying to take part in the draft in December. Since then, competitors have competed in numerous qualifying and race sessions to increase their standing in the draft pool. Participating NASCAR teams monitored the events and hosted private tournaments to determine the best competitors.

All eNASCAR Heat Pro League races will be streamed live online at NASCAR.com and Motorsport.com. For more information, visit eNASCARHeatProLeague.com.