Charlotte Motor Speedway officials on Monday unveiled a patriotic logo to commemorate the 60th running of the Coca-Cola 600 on May 26.

“The Coca-Cola 600 has been one of NASCAR’s crown jewels since its first running 60 years ago,” Speedway Motorsports Inc. president/CEO Marcus Smith said in a media release. “Charlotte Motor Speedway takes great pride in being a trailblazer, and we’ve made a significant amount of history on Memorial Day weekend with the Coca-Cola 600. 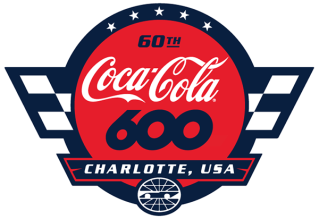 “Coca-Cola has been a wonderful entitlement sponsor for 35 years, the longest such partnership in sports, and we look forward to our continued partnership entertaining fans and saluting the U.S. Armed Forces.

“This year’s race is going to be hotly contested with the new rules package, and unveiling our patriotic new logo only adds to the excitement. The Coca-Cola 600 is NASCAR’s toughest test of man and machine. We can’t wait to see its 60th running unfold.”

The logo was unveiled among several other events held at the race track Monday, including a roll-out of CMS’s 2019 schedule, which includes three major NASCAR race weekends, two NHRA national events and a pair of World of Outlaws race weekends.

Team Penske also had its drivers and teams there to take part in a pit crew competition.