Two of the three men arrested for breaking into Richard Childress’ Lexington, North Carolina, home on Dec. 17 have reached a plea deal in their case.

Chantz Hines, 19, and Niquan Victorin, 21, each pled guilty to one felony charge of conspiracy to commit first degree burglary, according to court documents. They will face between 31 – 50 months in prison. The jail time Victorin (124 days) and Hines (152) days) have already served will be counted off their sentence. 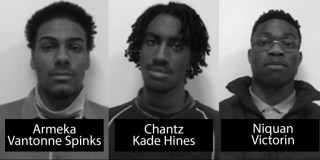 Hines, Victorin and Armeka Spinks, 19, were arrested on Dec. 29.

Spinks’ next court date is scheduled for July 16.