Construction on new seats at Darlington Raceway will begin Thursday and be completed in time for the Sept. 2 Southern 500, the track announced Wednesday.

The Associated Press reported that the cost of the project will be nearly $7 million.

Darlington Raceway, which hosted its first Cup race in 1950, will remove the metal seats in the Tyler Tower along the frontstretch and replace it with stadium-style seats that include cup holders. The previous seats were 18 inches wide. The new seats are to be 20-22 inches wide. 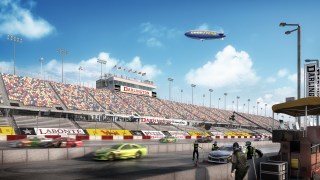 Other improvements include additional handrails, guardrails, refurbished restrooms and concessions stands and a wall of honor along the frontstretch and backstretch. The names of race winners will be placed on the walls in those areas a la a team’s ring of honor in a stadium.

Also, all grandstands at Darlington Raceway will be considered smoke-free.

The move to wider seats will provide additional fan comfort and continues a trend in the sport of fan enhancements. Speedway Motorsports Inc. recently announced changes to its tracks, including new club seating at what is being called the Restart Bar Zone Club at Texas Motor Speedway and Atlanta Motor Speedway’s Restart Bar. Both will be situated 20 or more rows above the restart zone. Las Vegas Motor Speedway is adding three renovated clubhouse areas, two separate loge-box seat offerings and a racing-inspired sports lounge.