The 2018 NASCAR season is slowly getting closer.

The NASCAR season will officially begin Feb. 16 when the Camping World Truck Series opens at Daytona International Speedway with the first points race of the year.

The Xfinity Series begins its season the next day.

The first day of practice for the Daytona 500 is scheduled for Feb. 10.

All times are Eastern 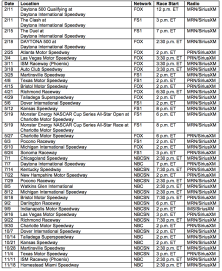 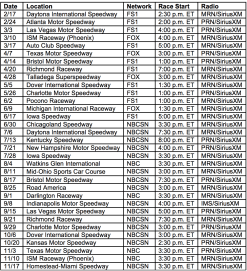 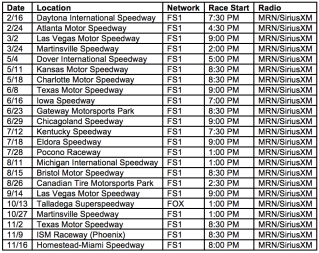