A dream NASCAR Hall of Famer Wendell Scott had that dates back to the early 1960s may finally become reality on Tuesday.

Scott, who was inducted into the NASCAR Hall of Fame in 2015, had long sought to have signs placed on roads leading into Danville, Virginia, that indicated the town of 42,000 was his hometown.

A movement began earlier this year by the Wendell Scott Foundation to see those signs finally realized. The Foundation held a petition drive, which it will turn over all signatures to the Danville City Council on Tuesday. 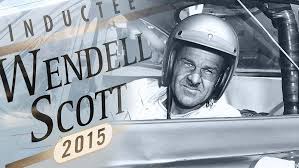 The council is then expected to vote on the proposal to honor the NASCAR legend and one of the city’s favorite sons.

If approved, the “Welcome to Danville, Virginia, home of Wendell O. Scott, NASCAR Hall of Fame” would be placed on all major roadways into the city.

The city council previously named a street in Scott’s honor.