But one of the most touching tributes has to be that of Cole Whitt. 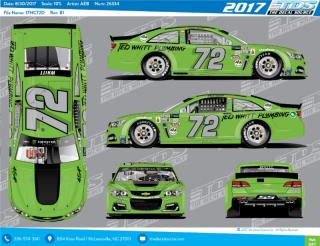 During his years of racing, Jim became known for his brightly colored – and appropriately named – attention-getting No. 60 “Lime Green Machine.”