With his health issues well in check, Brian Vickers still has the passion and desire to drive a race car, particularly in NASCAR.

And at 33 years old, he still has a good number of years ahead of him behind the wheel.

He just needs a quality ride.

And that has proven to be the tricky part.

Vickers was last in a NASCAR Cup car in 2016, when he filled in five races for Tony Stewart, who was recovering from an off-season incident while driving a sand dune buggy.

But there have been no rides since. 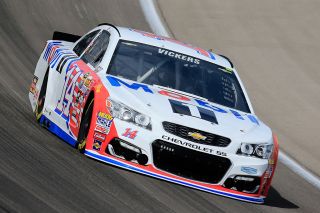 “A day doesn’t go by that I don’t think and appreciate what the sport did for me,” Vickers said. “I do miss it.”

In a way, Vickers has kind of moved on, keeping busy with other activities, including being back on NBCSN’s NASCAR America as an analyst for several shows last week.

He’s also joined an investment group, with plans of taking a medical device company public in the next couple of months.

But more than anything, Vickers wants back on a racetrack.

“First question people ask is, ‘Do you miss it (racing)?’” Vickers told NBC Sports. “Absolutely, of course. I don’t think that’s ever going to change. If I go back and run five more years, I’m still going to miss it. And if I never race again, I’m always going to miss it.

“I’ve talked to some guys that have been retired before me. They may be retired 10 years after a 20-some year career, and they still miss it. Once it’s in your blood, that never changes.

“The question for me now is here’s the position you’re in. What do you do with your life? I don’t know if I have all the perfect, clear answers. I’ve just been following where the opportunities lie and follow what my heart and gut tell me as far as my racing career and everything else I’ve been doing.”

During his five-race stint for Stewart, Vickers showed he still has it, including a seventh-place finish at Martinsville and 13th at Fontana.

He’s had several opportunities to return to NASCAR since, but they just haven’t been a good fit. 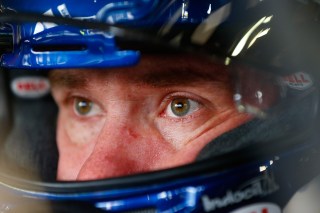 “I stay in touch with all the owners, people in the industry, agents and all my relationships to find out what’s going on in the sport and where,” he said. “There just hasn’t been a situation that’s made sense for me. At this place in my life and career, would I love to be in a winning car? Absolutely.

“Do I want to get into a situation or car where I’m going to the racetrack and don’t feel like I can win when I show up? No.

“There’s opportunities with really good cars that have been presented to me but it was contingent on sponsorship or manufacturer, various things, and that’s been out of my control to a certain extent.

“But if something good comes along tomorrow, I’m in.”

One thing Vickers wants to make very clear is the health problems – including blood clots and heart issues – he’s endured over the years are all fully under control.

“My health is good,” he said. “I found a way to race safely and not have to worry about blood clots. Nothing has really changed from that end.”

Vickers keeps his phone close in case an opportunity arises that would put him back in a top-level ride.

“I’ve got my NASCAR gold Cup license, have done all my medical and drug tests and everything I’ve had to do to get your license, impact tests, head tests, medical clearance, you name it,” Vickers said. “I could come back and race next weekend if someone wants.”

But Vickers is also a realist. He knows there are team owners that are reluctant to hire him because of his past health issues. 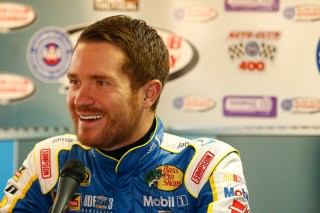 “I get it, for a car owner or sponsor it’s a hard sell, they’re worried that I’ll have another health issue like in the past,” Vickers said. “I feel I proved last year in the 14 car that that’s not a concern, I’m clear, I can race safely without blood clots.

“My doctor worked really, really hard to find a perfect regimen to keep me safe from clots and has allowed me to race. That hasn’t changed.”

Vickers would prefer to race again in NASCAR, but is open to anything on four wheels, including sports cars, endurance racing and even IndyCar.

“I’m open for all of it,” Vickers said. “I really enjoyed the (World Endurance Championship) series, racing the 24 Hours of LeMans, racing in Europe, racing all over the world and in the U.S. If that opportunity presented itself, I’d be all over it.”

But Vickers has also come to grips that his racing future may never be.

“I’m basically saying to myself that I’m comfortable with the fact I may never race again,” he said. “It’s not a question of desire, want or health, it’s just a matter of finding the right situation.

“To have 15 years of experience and I’m only 33, I’ve learned and grown a lot as a person and learned more than you can ever learn going through the trials and tribulations I have. I had to overcome adversity and all these attributes going through the near-death experience that I had.

“There’s no question in my mind that I’m the best driver today than I’ve ever been in my entire career, even though I’ve been out of the car for a year.”

Vickers and wife Sarah have lived in the Miami area for more than a decade. When his racing days are over, he’s considering one opportunity that may be surprising.

“Politics has always intrigued me,” Vickers said. “I love the subject, I’m passionate about it. It started in history class when I was a kid.

“I have a bunch of people that know me well say that I should (pursue politics), but I haven’t made any decision. I don’t know if I ever will or if I may. It’s certainly an option but not anytime soon.”

Vickers admits that all the adversity he’s gone through in his career has made him a better and more aware person.

“When you’re laying on your death bed or going through a situation where you may not come out the other side, or you have a massive embolism that forms when you’re going in for open-heart surgery with not-so-great odds of coming out on the other side, you think about a lot of things,” he said. “What I learned through that experience is I loved racing more than I thought at the time. When you do some things long enough, you tend to take them for granted, whether it’s your racing career, your significant other or your friends. It’s human nature.

“It also made me realize there’s a whole other world out there, there’s a lot of things that I never could do because I was so 100 percent focused on racing. I’m very happy, I miss racing, would love to be in a race car. I think I’m a better driver today than I’ve ever been in my life. I think I can go win a championship.

“But if that opportunity doesn’t present itself, I’m still going to be a happy person and go work hard to accomplish other things and check off other boxes.”