This year was the second time there was a tie for the fifth induction spot. The tie was between Hornaday and 1992 Cup Series champion Alan Kulwicki. A tie breaker vote went to Hornaday.

Here’s your look at the ninth induction class for the NASCAR Hall of Fame. 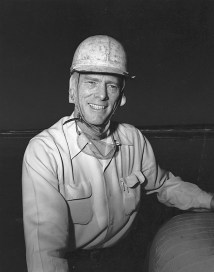 One of NASCAR’s original broadcasters, Squier co-founded the Motor Racing Network (MRN) in 1970. He is perhaps best-known for calling the 1979 Daytona 500, a milestone moment for the entire sport, as Squier’s voice on CBS welcomed millions to the first live flag-to-flag coverage of “The Great American Race” – a moniker he coined. Squier called races for CBS and TBS until 1997.

One of the forefathers of the NASCAR Camping World Truck Series, few drivers can be mentioned in the same breath as Hornaday when it comes to wheeling a truck around a race track. The second-generation racer boasts a record four Truck Series championships and 51 wins. Hornaday also holds the Truck Series all-time marks for top fives (158) and top 10s (234). In 2009, Hornaday won five straight Truck Series races, a feat matched only three other times in NASCAR national series history.

Jim France – Vice chairman/executive vice president of NASCAR and is also chairman of the board at the International Speedway Corporation (ISC). A steady influence behind the scenes for decades, he helped build the sport with his father Bill France Sr., the founder and first president of NASCAR, and brother Bill France Jr., NASCAR’s former president, chairman and CEO. Joining ISC in 1959, Jim France worked in all phases of operations in his early years with the company. He was elected to the ISC board in 1970 and has served as the company’s secretary, assistant treasurer, vice president, chief operating officer, executive vice president and president.