If you’re curious to see what Phoenix Raceway will look like after its $180 million makeover, there’s no need to wait until the project is complete. Rather, you can watch as it progresses step-by-step in the largest capital improvement project in the track’s 53-year history.

Phoenix Raceway officials announced Thursday that, in conjunction with DC Solar, a 24-hour livestream camera will provide viewers all over the world a visual record of the construction progress as it happens.

The site can be accessed at www.NewPhoenixRaceway.com. 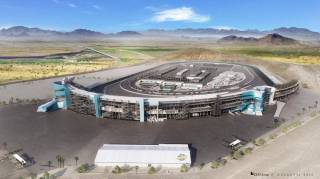 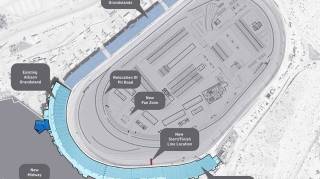 The Phoenix Raceway project is somewhat of a smaller scale version of the $400 million Daytona Rising project that completely transformed Daytona International Speedway into the self-proclaimed world’s “first motorsports stadium.”

The Phoenix project will reduce seating to 45,000, but will include new and wider seats, and the start-finish line will be repositioned in what is now Turn 2.

The current seating on the frontstretch will be demolished. The Allison grandstand in Turns 1 and 2 will be extended just beyond the dog leg.

The project is expected to move into high gear in the next couple of months and is expected to be completed by November 2018’s NASCAR playoff semifinal race weekend.

“This is going to be a great way for fans to keep up with the project,” said Phoenix Raceway President Bryan R. Sperber. “To be able to have this technology at our fingertips to put the progress of the project into the homes of Phoenix Raceway fans, is only going to heighten the anticipation for November 2018.

“There are going to be plenty of milestone moments to come over the next 19 months, and we encourage all fans to check it out.”

Construction will continue into next year, but will stop temporarily for this November’s and next spring’s NASCAR weekends.