By comparison to the struggles he went through during his forgettable 2016 campaign with HScott Motorsports. Bowyer is having a championship season of sorts in 2017.

In his first six races with Stewart-Haas Racing in 2017, Bowyer has one top-five and three top 10s (which equals the number of top 10s he had in all of 2016 with HScott Motorsports).

He also earned his first top-five finish (third at Fontana) in 53 starts, dating back to a fifth at Bristol Motor Speedway in August 2015.

Tony Stewart’s successor in the No. 14 Ford is the highest-ranked driver in the Stewart-Haas Racing stable at eighth heading into Sunday’s O’Reilly Auto Parts 500 at Texas Motor Speedway. 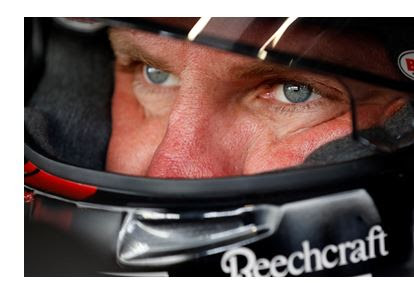 Bowyer also has been the highest-finishing SHR driver in three of the last four races, a stretch he hopes to extend this weekend with a decent overall record at the 1.5-mile Texas Motor Speedway and its totally repaved racing surface.

But with the TMS repave, all bets are off, Bowyer said.

“Whatever has been the key to success is Texas is probably the opposite of what you will want to do this weekend,” he said in a team media release. “It’s literally a whole new ballgame.”

That can mean just about anything.

Drivers won’t get their first chance to feel out the new surface – which includes a reconfigured Turns 1 and 2 (each cut from 24 to 20 degrees of banking and widened from 55 to 80 feet) – until Friday’s practice session.

While Bowyer is looking forward to return to TMS because it’s one of his favorite tracks on the Cup circuit, the repaving is a whole other matter.

“I’m not a fan of repaves,” he said. “It’s disappointing for everybody, including the tracks, but it was time.

“Tracks are like a bottle of wine in that they age really well. But, at some point, you pop the cork and drink the wine. After you drink it, the bottle is empty and it’s time for something new.”

Part of the impetus for the resurfacing, the second since the track first opened in 1997 (it also was repaved in 2001), were lengthy rain delays that impacted all three NASCAR and IndyCar race weekends last year.

Whatever the new surface throws at Bowyer and the rest of the NASCAR Cup brigade, he’ll be ready.

“In years past, it’s been tire management and finding a groove where you can work, but I really do think that will be all thrown out the window,” Bowyer said. “Now, you will probably need to find the shortest way around the track, which means riding around the bottom will be the fastest way around.”

TMS used to be one of the fastest tracks on the Cup circuit before yielding its unofficial king of speed reputation to other tracks.

“For Texas it’s all about having the sheer speed,” Bowyer said. “On those 1.5-mile tracks, you have to have a car that unloads fast. You can be a little bit tight or a little bit loose but, if that car isn’t making grip, making downforce and having the speed on the racetrack, then you are going to struggle.

“Unloading a fast hot rod right off the truck is going to be so important because you are going to have to qualify well and have that track position to be a contender.”

Jarrett Companies will increase the number of races it will sponsor Josh Berry‘s No. 8 JR Motorsports ride in 2023, the Xfinity Series team announced Monday.

Jarrett Companies will sponsor Berry in six races after serving as the primary sponsor in three races in 2022. Those six races will be Phoenix (March 11), Richmond (April 1), Dover (April 29), Atlanta (July 8), Indianapolis (Aug. 12) and Texas (Sept. 23).

The deal gives Berry at least 26 races with sponsorship for next season. Bass Pro Shops will serve as the primary sponsor of Berry’s car in 11 races in 2023. Tire Pros is back with JRM and will sponsor Berry in nine races in the upcoming season.

Berry, who reached the Xfinity title race and finished fourth in the points, will have a new crew chief in 2023. Taylor Moyer will take over that role with Mike Bumgarner serving as JRM’s director of competition.

Excited to continue this relationship! Thank you @Go_Jarrett! 🏁🏁 https://t.co/q7CgwTlEYP