Chase Briscoe has never made a start in the NASCAR Camping World Truck Series.

But that didn’t stop the Truck Series rookie from being fastest in Thursday’s sole practice session at Daytona International Speedway.

The 22-year-old Mitchell, Indiana native paced the 42-truck field with a top speed of 192.980 mph in his Cooper Standard Ford.

Originally, the Trucks were supposed to have two practice sessions Thursday, but rain forced the cancellation of the first session at 2 p.m. ET, prompting NASCAR officials to combine sessions for nearly two hours of practice later in the afternoon.

Here’s how the entire practice session played out: 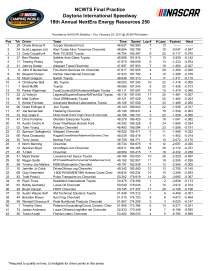 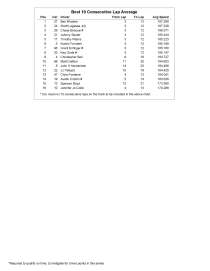