CHARLOTTE – Just two months after he retired, and Tony Stewart already has a major presence in the NASCAR Hall of Fame.

“Smoke,” a tribute exhibit honoring the three-time Cup champion’s broad racing career with artifacts and cars from virtually every series he raced, has greeted Hall of Fame visitors since October and will remain open until Feb. 24.

But with the NASCAR Hall of Fame set to induct its eighth class tonight (8 p.m., NBCSN), the question is when will Stewart be enshrined as a member?

Winston Kelley, the executive director of the NASCAR Hall of Fame, said Stewart could be a part of the class of 2020 after retiring from full-time competition last year. NASCAR Hall of Fame eligibility stipulate that a driver must be retired two years before being considered, which would put Stewart on the ballot for the May 2019 vote. 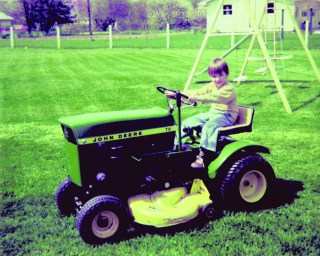 Also in question is the eligibility of Jeff Gordon, who retired after 2015 and seemed on track for a 2019 induction before he returned for eight races in place of an injured Dale Earnhardt Jr. last season.

Kelley said NASCAR ultimately will determine whether last year’s stint would count against Gordon’s eligibility and would expect a decision by the end of this year when the list of 20 nominees for the 2018 vote is compiled.

“It’s not a black and white thing,” Kelley said.

What does seem certain is first-ballot inductions for since Stewart and Gordon, whom Kelley called the first two stars to retire as surefire Hall of Famers in their first year of eligibility since the shrine opened in 2010.

But neither seems to spend much time mulling the possibility.

“Anytime I bring it up with Jeff about the class of 2019, he brushes it off and changes the subject,” Kelley said with a laugh. “They’re, ‘Aww shucks’ about it.”

Last October Stewart told a small group of reporters that he wasn’t focused on the honor yet.

“If I don’t make them mad to where they don’t want induct me at some point, hopefully we’ll get inducted,” he said. “You don’t think about it.”

In the meantime, Stewart’s fans can enjoy “Smoke: A Tribute to Tony Stewart,” which includes 10 vehicles from different eras of his career.

Among those featured: a 1973 John Deere lawnmower that might have been his first “race car”; the cars from his historic 1995 USAC Triple Crown championship; his 1997 IndyCar title winner; his first Cup win (Richmond in September 1999); his 2005 Brickyard 400 winner; his 2006 IROC championship.

The Hall of Fame worked with Eddie Jarvis, Stewart’s manager, who maintains a vast collection of vehicles.

“When you have drivers who raced other series, it gives the NASCAR Hall of Fame a rare opportunity to go outside the box,” Director of Exhibits Kevin Schlesier said.

“We wanted to honor the totality of his career, and they kept so much.

“To have a driver with this many vehicles was unprecedented. Normally, we go to private collectors or back to the team.”

The exhibit is similar to a display that the NASCAR Hall of Fame did for Gordon last year.

“When they retire, we can immediately give their fans the chance to see the breadth and depth of their careers,” Kelley said. “ Tony and Jeff are both unique in that they’re not just stock-car racers.”

From the NASCAR Hall of Fame website, here is the eligibility criteria for induction: