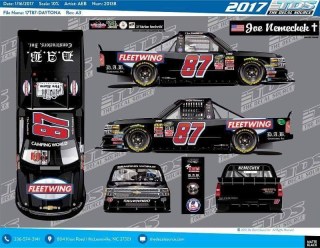 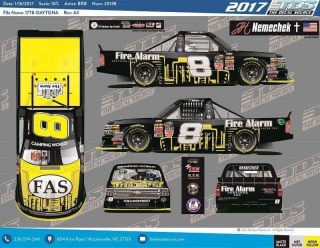 If everything works out, Joe and John Hunter Nemechek will compete against each other for the first time in a NASCAR event next month at Daytona International Speedway.

The father and son are both entered into the Camping World Truck Series’ season opening NextEra Energy Resources 250 on Feb. 24.

It is the first Truck race Joe Nemechek has entered into since the June 2015 race at Texas Motor Speedway. John Hunter Nemechek has driven the family-owned No. 8 Chevrolet full-time since then.

It would also be the fourth time the Nemecheks have competed against each other in a race.

They’ve previously raced each other twice in the Allison Legacy Race Series and once in the ARCA Midwest. In the first Allison Legacy race, they finished 1-2 at Concord Speedway in 2011, with John Hunter winning.

John Hunter Nemechek is coming off his first full-time season in the Truck Series, where he won two races, qualified for the Chase but failed to advance out of the first round.

Joe Nemechek, the 1992 Xfinity Series Rookie of the Year, is a veteran of 1,117 NASCAR starts with 20 wins, but none in his 23 starts Truck starts.

His last wins came in a sweep of the Xfinity and Cup Series races at Kansas Speedway in October 2004.