Monster Energy will be new to NASCAR as a major marketing partner in 2017, but the beverage has been in the motorsports title sponsor business for several years.

Since 2008, Monster has been the primary brand backing the Supercross series, expanding exponentially while becoming synonymous the premier dirt bike series in the country.

Jason Weigandt, the host of motocross events on NBCSN and the editor of Racer X online magazine, has enjoyed a firsthand view on the sponsor’s growth through an unconventional approach to marketing. 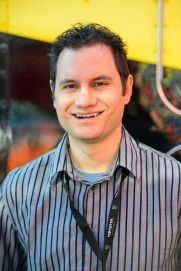 “We have learned in the motocross world to make fun of Monster’s strategy at your own peril,” Weigandt said during the most recent episode of the NASCAR on NBC podcast. “Because they’ve been phenomenally successful. … They’ve done it by being the anti-establishment. They generally gravitate toward the athletes that have an edge to them that are maybe not corporate friendly to a lot of companies.”

With much (such as a name) still to be revealed about Monster’s new sponsorship of NASCAR’s premier circuit, Weigandt shared his insight on Monster’s history, image and philosophy.

“You have this company that barely existed 10 years ago that now has NASCAR courting them,” he said. “It’s strange how quickly the world has changed there.”

Other topics discussed by Weigandt on the podcast: 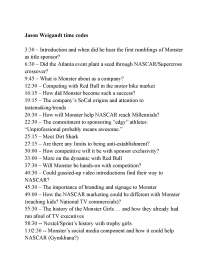