Erik Jones was the fastest in every round of qualifying as he earned the pole for the Xfinity Series’ Chase opener at Kentucky Speedway.

“This is probably our biggest pole of the year, No. 1 with it being the first Chase race and No. 2 with it being a revape(d track),” Jones told NBC Sports. “It’s pretty important to start upfront here and get clean air.”

Dillon starts in the top five for the first time since Dover, the 10th race of the season. 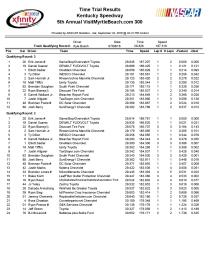 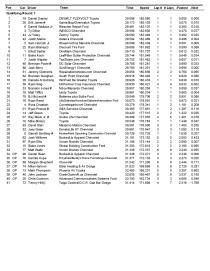