Carl Edwards added to his series-leading pole total with his sixth of the year, winning the pole for Sunday’s Bad Boy Off Road 300 at New Hampshire Motor Speedway.

Edwards claimed the top spot with a speed of 135.453 mph around the “Magic Mile.”

It is Edwards’ third pole in four races at New Hampshire.

“This is what we needed,” Edwards told NBCSN. “We didn’t run well at Chicago, that was really frustrating. Come here, start on the pole, get a great pit stall. Hopefully we can turn this into a good race. The car is built for speed.”

This will be Edwards’ 10th top-five start in the last 13 races.

Newman’s third-place start is his best of the season. His previous best was fourth (Atlanta, Fontana).

The biggest name not advancing to the final round is Kevin Harvick, who managed to put up the 19th best lap in the second round. It will be Harvick’s worst start at New Hampshire since he began the fall 2013 race in 18th.

Chris Buescher and Austin Dillon were the only Chase drivers not to advance beyond the first round.

Buescher will start 28th, followed by Dillon, who is in a backup car after a practice crash. 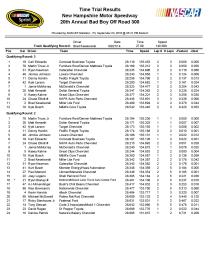 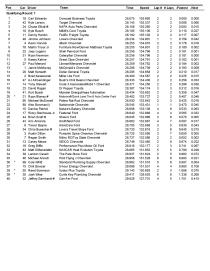