For everyone else in Friday’s final Xfinity Series practice at Chicagoland Speedway, it was a matter of trying to keep up with the Joneses.

Brandon Jones was fastest in the session with a speed of 177.912 mph. Eric Jones, no relation, was next at 177.038 mph in preparation for Saturday’s Drive For Safety 300.

The latter Jones was part of a three-car Joe Gibbs Racing triumvirate that was second, third and fourth fastest. Daniel Suarez was third fastest at 176.887 mph, followed by Kyle Busch (176.759).

Busch blew a motor before the session was interrupted by rain and had to come back with a new motor when the rain passed and the session resumed.

Here’s how the session played out: 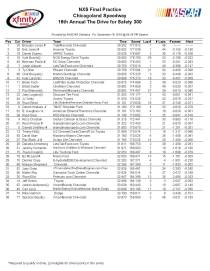 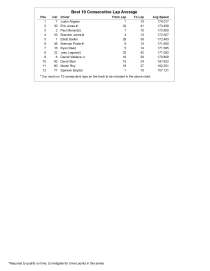