Matt Tifft, who will make his first NASCAR start since undergoing brain surgery for low-grade tumor on July 1, was sixth fastest at 173.332 mph. 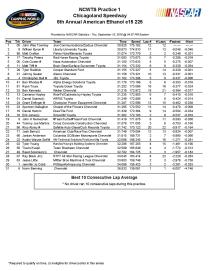