Forty cars are entered for Sunday’s opening race of the Chase for the Sprint Cup Championship at Chicagoland Speedway.

All but one seat on the entry list are filled at this point, the No. 88 Chevrolet of Hendrick Motorsports.

However, the team had already previously announced on Sept. 2 that Alex Bowman would drive the car at Chicagoland in replacement of Dale Earnhardt Jr., who will miss the remainder of the season with lingering concussion-like symptoms.

This will be the 16th NASCAR Sprint Cup Series race held at the 1.5-mile Chicagoland Speedway. Denny Hamlin, who won this past Saturday night at Richmond, is the defending winner of this race at Chicagoland.

Of the 15 previous races at Chicagoland, Tony Stewart has won the most there (three times), while Kevin Harvick and Brad Keselowski are two-time winners there. 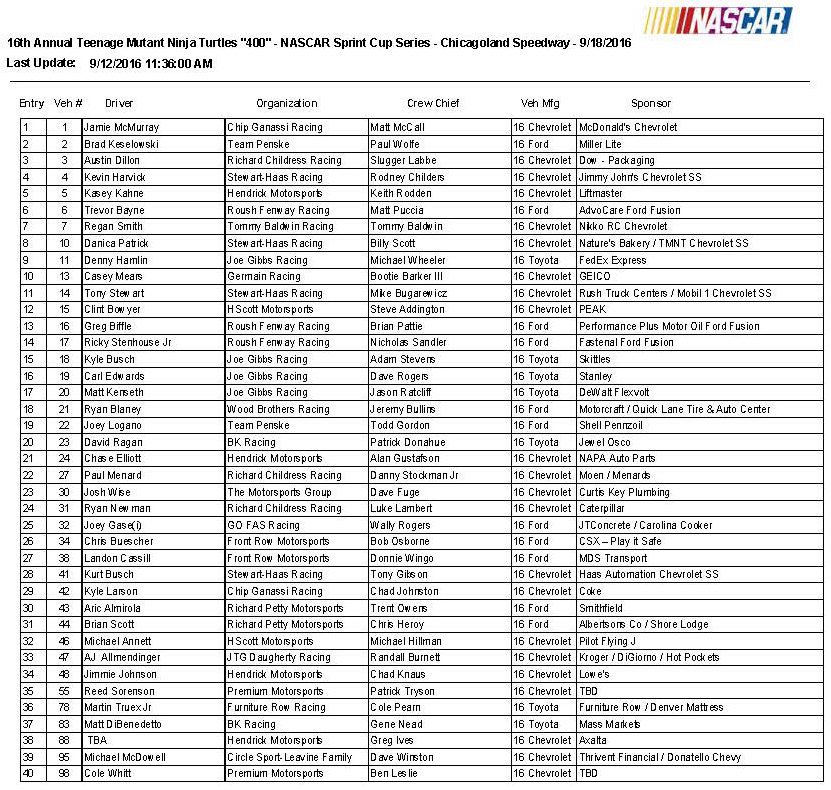