The final 16-driver field for the Chase for the Sprint Cup is set.

The field was set after Saturday’s Federated Auto Parts 400 at Richmond International Raceway.

Perhaps the biggest news from Richmond is Ryan Newman, who finished second in the 2014 Chase, failed to make this year’s playoff.

Meanwhile, Jamie McMurray drove a methodical and defensive race to assure he locked in the 16th and final berth in the Chase. It’s McMurray’s second time in the Chase; he also qualified for it last year.

Also being able to breathe a sigh of relief was Chris Buescher, who won at Pocono, but had to leave Richmond in the top 30 in the standings to assure he’d make the playoffs.

A total of 13 drivers won a race in the first 26 races (the “regular season”) to qualify for the Chase. The three drivers without a win but still made the Chase on points were Chase Elliott, Austin Dillon and Jamie McMurray.

Here’s how this week’s Chase Grid stacks up heading into the playoff opener Sunday at Chicagoland Speedway. 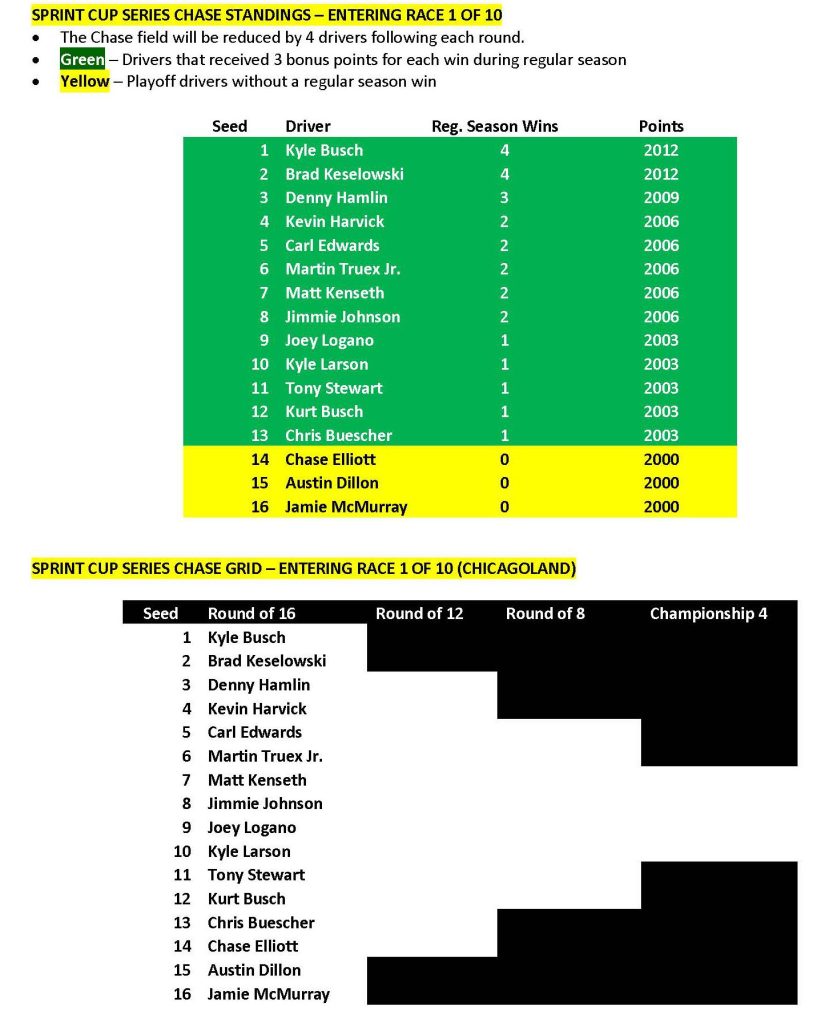