Three Chase spots remain available for drivers without a win as the Sprint Cup Series heads to Richmond International Raceway this weekend.

The 16-driver playoff field will be set after that race.

Twelve drivers who have won a race this year have clinched a Chase spot. Chris Buescher is eligible for the Chase based on his Pocono win and that he’s 30th in the points standings. As long as he remains in the top 30 in points, he’ll make the Chase. He enters Richmond with an 11-point lead on David Ragan, who is 31st in the standings. Should Buescher not finish in the top 30 in points, it would leave a Chase spot for a driver without a win.

The three drivers without a win and in a Chase spot heading to Richmond are Chase Elliott, Austin Dillon and Jamie McMurray.

Those totals could change this week. Newman’s car failed inspection after the race on the Laser Inspection Station. A  points penalty would drop Newman further behind those drivers. Any penalties are expected to be announced later this week. 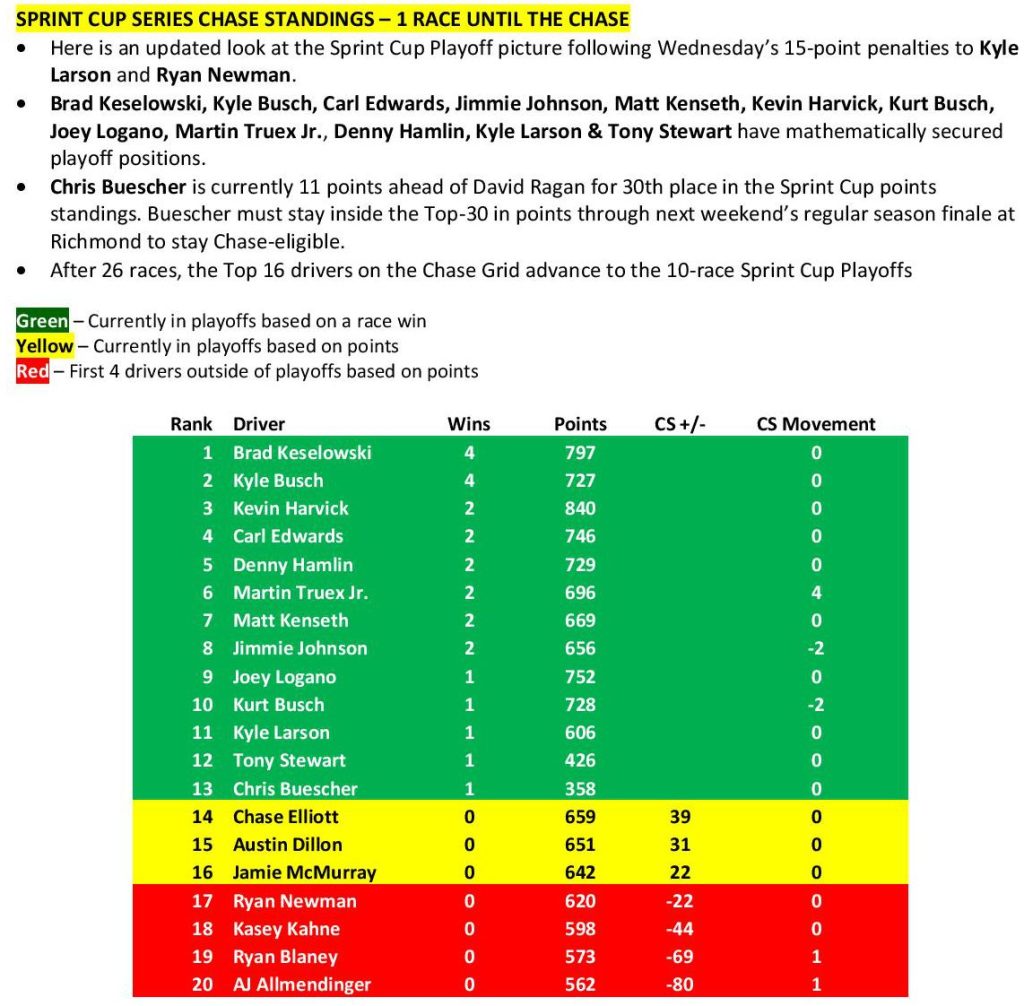