All seats are filled at this point.

This will be the 56th time the Xfinity Series will race at the egg-shaped oval in South Carolina.

Here’s the preliminary entry list released by NASCAR on Monday (changes are still possible later in the week): 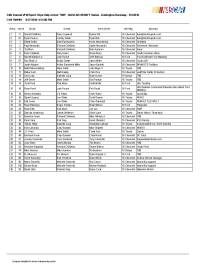