Stewart was the only driver to top 202 mph, capturing a field-best run of 202.122 mph. The co-owner of Stewart-Haas Racing led a surge of Chevrolet-powered drivers, with eight of the top 10 fastest drivers in Chevys.

Ryan Blaney was the only Ford driver among the 10 top fastest drivers, recording the second-best speed of 201.427 mph.

Martin Truex Jr. was the only Toyota driver among the 10 fastest at a speed of 200.848 mph, good for sixth place on the speed chart.

Stewart will be making his 34th and final Sprint Cup career start at MIS in Sunday’s Pure Michigan 400. He has one win, 12 top-five and 21 top-10 finishes on the high-speed two-mile oval. The green flag is scheduled to drop shortly after 2 p.m. ET. 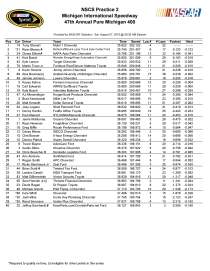 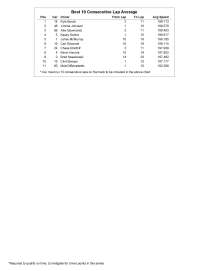