William Byron fell short of his record sixth win of the season in Saturday’s Camping World Truck Series race at Michigan International Speedway, but he still remained in control of the driver point standings after the Careers For Veterans 200.

Byron holds a 36-point lead over Daniel Hemric. Saturday’s runner-up, Timothy Peters, is third in the standings, 44 points behind Byron and eight points behind Hemric.

Johnny Sauter is fourth (-49 behind Byron) and Matt Crafton is fifth in the standings (-57).

Here’s the updated point standings after Saturday’s race at MIS: 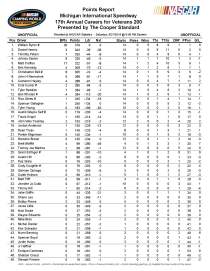 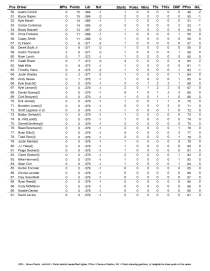