Joey Logano won the pole by posting the fastest time in the third round of Sprint Cup Series qualifying on Friday at Michigan International Speedway with a lap of 201.698 mph. It was Logano’s third pole at Michigan and his third of the season, which ties him for the second in the series this season.

The Team Penske driver enters the Pure Michigan 400 as the most recent winner at Michigan, having won from the pole in June. He will lead the field to the green flag alongside Jimmie Johnson, who posted a lap of 201.523 mph.

“I hope so, track position is a big deal here,” Logano told NBCSN of following up his June performance. “That pit stall number one is a big deal as well, so being able to give our pit crew the advantage of trying to keep the track position throughout the race is going to be key. Obviously, this race turns into a strategy fest but awesome for our Shell/Pennzoil team to get another pole here.”

With his third-place qualifying effort, Hamlin will have started in the top 10 in the last 22 races. That is the longest streak by a driver since Mark Martin went 22 straight between 1988-1989.

With Johnson second, Elliott fifth, Alex Bowman (in for Dale Earnhardt Jr.) sixth and Kasey Kahne 11th, it marks only the second time this season that all four Hendrick Motorsports cars have started in the top 12. The only other time that happened was at Talladega in May. 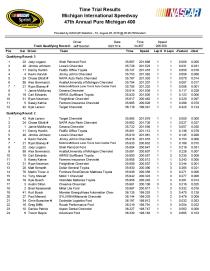 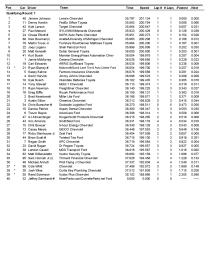