It’s rare that you see a 19-place jump in the Chase standings at this late stage of the season, but that’s what resulted in Sunday’s rain-delayed Bass Pro Shops NRA Night Race.

Pocono race winner Chris Buescher climbed into the top 30 in the Sprint Cup points standings, climbing 19 spots in the Chase grid and become eligible for the Chase.

Buescher is ranked 12th in the Chase grid standings. There is a caveat: Buescher must be in the top 30 after next month’s Richmond race to make the playoffs.

Also making a jump up in the standings, albeit a smaller climb than Buescher, was Sunday’s race winner, Kevin Harvick. The 2014 Sprint Cup champ climbed four spots, from seventh to third, with his victory.

As a result, three drivers who have won at least one race this season fell in the standings: Carl Edwards (dropped one spot to fourth), Denny Hamlin (from fourth to fifth) and Matt Kenseth (two spots, from fifth to seventh).

As for drivers who have not won a race yet this year, Austin Dillon climbed one spot (14th to 13th), Chase Elliott dropped from 13th to 14th), Jamie McMurray remained in 15th position and Ryan Newman dropped to 16th.

Newman is now on the bubble to make the Chase.

As for the four drivers outside the top 16 in the Chase standings, Trevor Bayne remained 17th, Kyle Larson dropped out of the top 16 and fell two spots to 18th, Kasey Kahne dropped from 18th to 19th and AJ Allmendinger remains in 20th position.

Here’s how the grid looks: 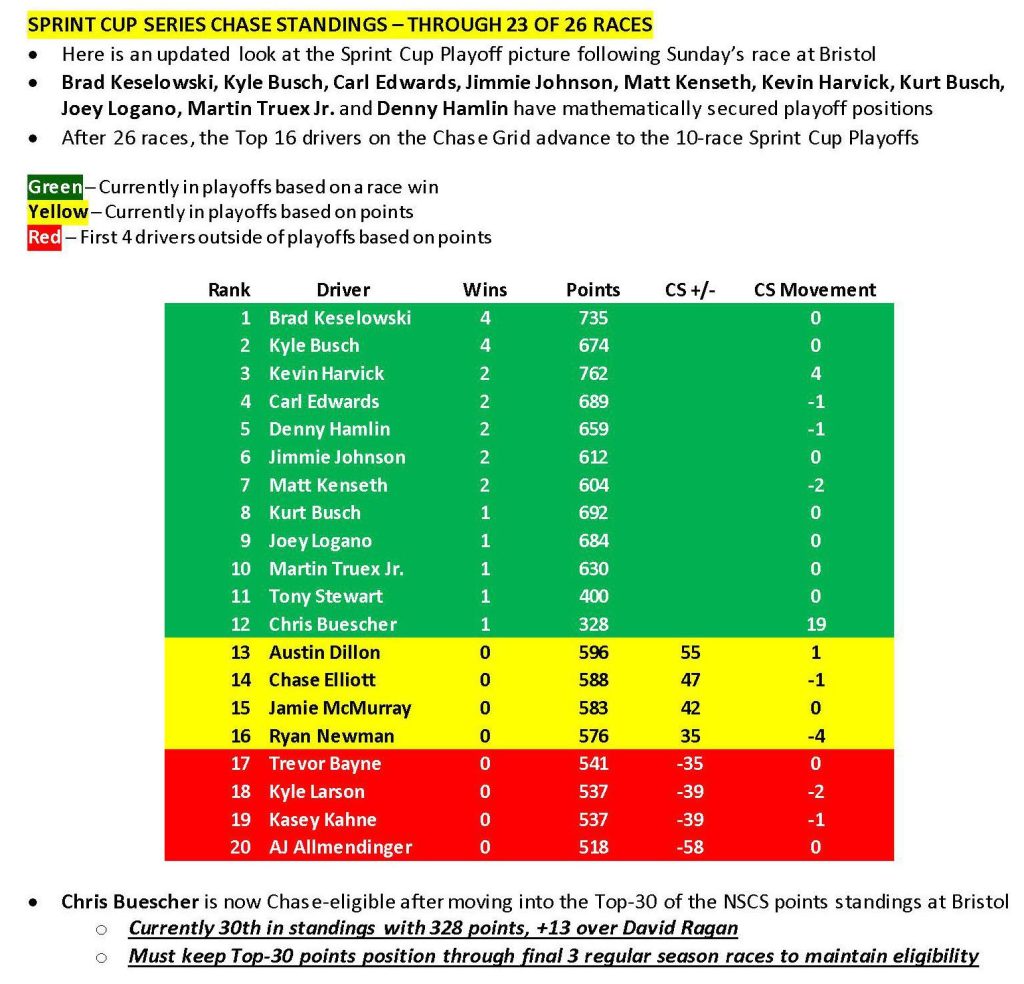