With a Xfinity Series track qualifying record, Erik Jones claimed the pole for the Food City 300 at Bristol Motor Speedway.

The rookie put down a speed of 127.903 mph around the half-mile track as he led yet another Joe Gibbs Racing sweep of the top three spots.

It is Jones’ seventh pole of the season and the 10th of Xfinity career.

“It’s fast, the track’s fast,” Jones told NBC Sports’ Alex Hayden. “That’s pretty fast for a Xfinity car around here. The track felt fine. A lot of grip on the bottom with the VHT. Good lap overall for us. We made a good adjustment from the second to the third session. Just got it secure enough that I could really hustle it.”

The first five to not advance to the third round were Brennan Poole, Brendan Gaughan, Elliott Sadler, Ross Chastain and Blake Koch. Poole was knocked out of the top 12 at the last second by Regan Smith, who jumped to seventh as time expired.

Gray Gaulding was able to qualify for his sixth Xfinity race will start 21st in Roush Fenway Racing’s No. 60 Ford. 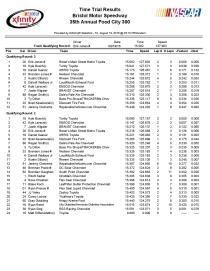 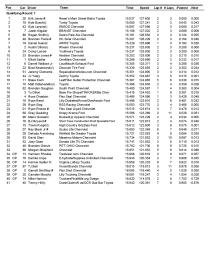