Christopher Bell was the fastest in the first of two Camping World Truck Series practice sessions at Bristol Motor Speedway.

Bell took the top spot in the final minute of the session with speed of 123.515 mph.

Ben Kennedy had the best 10-lap average speed at 119.103 mph. The most laps recorded in the session were 52 by Kaz Grala.

Daniel Hemric went to a backup truck after an accident during the session. The session also was slowed from a spin by Brandon Brown. 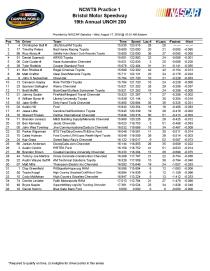 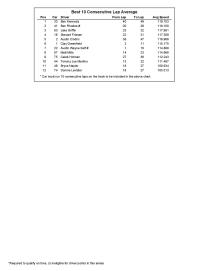