Denny Hamlin led the final 10 laps Sunday at Watkins Glen International to score his first Sprint Cup victory since his Daytona 500 win to open this season. 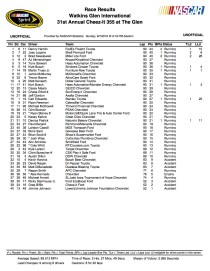