Daniel Suarez bested his teammates of Erik Jones and Dakoda Armstrong to earn the pole for the U.S. Cellular 250 at Iowa Speedway.

The Toyotas of Joe Gibbs Racing will start 1-2-3 in the race that begins 8 p.m. ET on NBCSN.

If that sounds familiar, it’s because it’s the 10th time that has happened this season in 19 races. But it’s only the second time Suarez has earned a pole this year while Jones, a rookie, will start on the front row for the 14th time this season.

Suarez said he didn’t make a qualifying run in practice yesterday, instead focusing on long runs around the short track.

“We’re kind of just guessing for today’s qualifying,” said Suarez, who has started on the front row in all three of his previous starts at Iowa. “For some reason we never get that long-run speed.”

The top five is filled out by Elliott Sadler and Brad Keselowski.

Ross Chastain advanced to the final round of qualifying for the first time this season and will start 12th. 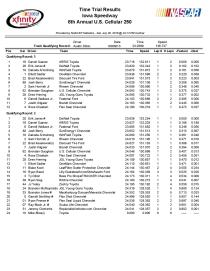 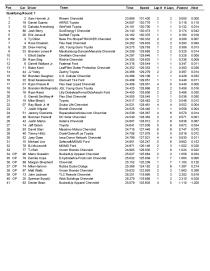