The final Xfinity Series practice for the U.S. Cellular 250 ended with the No. 11 of Blake Koch at the top of the speed chart.

Koch is currently 12th in the point standings through 18 races. His best result in 2016 is eighth at Richmond International raceway. He has two top-10 finishes this season after not having any in his previous 147 starts. A native of West Palm Beach, Florida, Koch’s best result at Iowa in 10 starts was 13th last June. 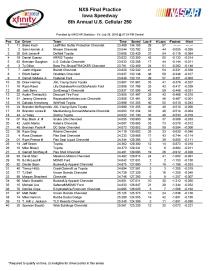 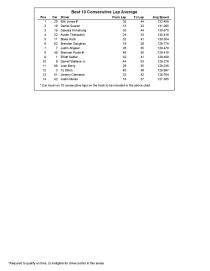