Harvick leads Brad Keselowski by 20 points, while Kurt Busch is in third place, 44 points behind Harvick.

Carl Edwards took the biggest points hit of drivers in the top 10. Edwards was involved in a late-race crash and dropped from fourth to sixth place, 78 points now behind Harvick.

Also of note, Kyle Larson moved into contention for the upcoming Chase for the Sprint Cup. Larson climbed four spots to 15th in the standings.

Here’s how the standings look after Sunday’s race: 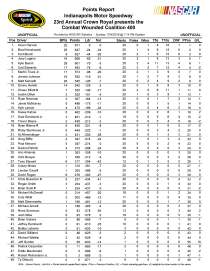 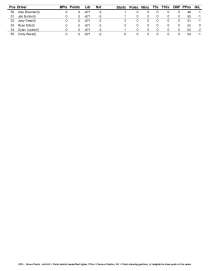