SPARTA, Ky. — Jimmie Johnson is headed to a backup car at Kentucky Speedway after crashing early in the second practice Friday.

A storm immediately after the wreck cut interrupted the session after about 30 minutes. The practice was scheduled to run from 11 a.m.-12:25 p.m. on the 1.5-mile oval, which recently was repaved and reconfigured.

The rain at stopped at 12:15 p.m., but NASCAR hasn’t announced a revised schedule based on track drying. A final Sprint Cup practice had been slated for 1:30 p.m., Xfinity Series qualifying at 4:45 p.m. and Sprint Cup qualifying at 6:45 p.m.

Speeds from the shortened second practice: 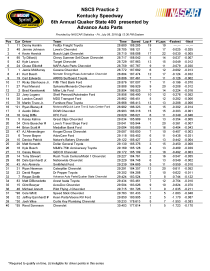 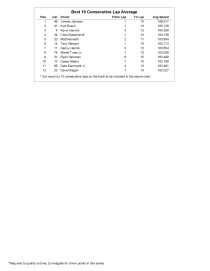