After hitting the wall in opening practice, Brendan Gaughan got on track in his backup car and was 16th fastest.

Here are the speeds from the second practice: 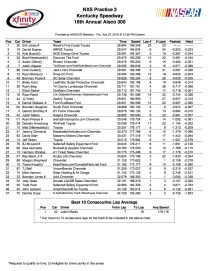