It was a good day to be a substitute driver in the Camping World Truck Series.

After Parker Kligerman, substituting for John Wes Townley, was fastest in the series’ first practice session at Kentucky Speedway, Brett Moffitt took his turn when he finished a three-hour practice session with a top speed of 183.805 mph.

Moffitt is driving the No. 11 Toyota for Red Horse Racing in replacement of Matt Tifft, who is recovering from brain surgery to remove a low-grade tumor.

Moffitt is in a race car for the first time this year after earning the Sprint Cup rookie of the year award last season. 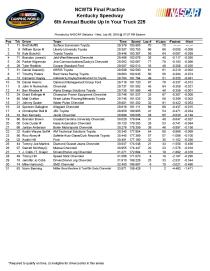 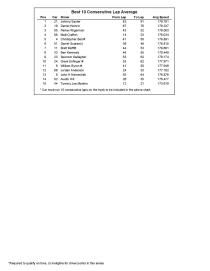