Ragan (180.346 mph) was the final driver to qualify on the 2.5-mile track in the second and final round, snatching the pole position for tonight’s Subway Firecracker 250 race away from Austin Dillon (whose 180.213 mph had overtaken Erik Jones at 180.022 mph).

Ragan is filling in for Matt Tifft, who was scheduled for surgery Friday to remove a brain tumor.

“I know Matt wishes he was here today,” Ragan told NBCSN. “We’re thinking about you and hopefully you’re doing good. Tune in tonight.

“I’m going to try and take care of your race car and so far I’ve taken care of it. … This is always a challenging race trying to dodge the wrecks and anticipate how the ending is going to work out. But we’ve got a good starting spot and we’re going to have some fun tonight.”

Ragan has a goal to shoot for: Sam Hornish Jr. replaced Tifft (who had a back injury) two weeks ago at Iowa Speedway and won. 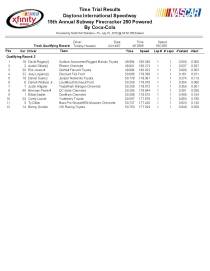 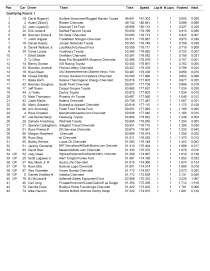