Afterward that the practice times of Gilliland and Josh Wise, who was ninth quick at 198.605 mph, were disallowed. NASCAR said that both cars were too heavy in the rear. 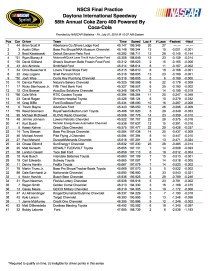