There are a total of 41 cars listed on the preliminary entry list for Sunday’s Toyota/Save Mart 350 NASCAR Sprint Cup Series race at Sonoma Raceway.

One car does not have a driver listed as yet: the No. 55 Car Port Empire Chevrolet of Premium Motorsports. However, the team announced Friday that Cody Ware, son of Xfinity Series team owner Rick Ware, will make his Sprint Cup debut in the No. 55.

Cole Whitt is listed as the driver of the No. 98 for Sonoma. Only 40 cars will qualify for the race. 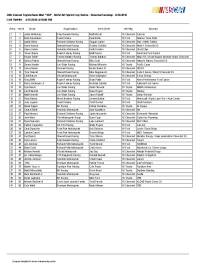