In his first career Xfinity Series practice session, Ben Kennedy was the fastest driver on the track.

Driving the No. 2 Chevrolet for Richard Childress Racing, Kennedy took a speed of 132.448 mph to the top of the chart during the series’ first practice at Iowa Speedway.

Kennedy is making his Xfinity Series debut in the American Ethanol E15 250.

Following Kennedy was Sam Hornish Jr., who is competing in his first NASCAR race of the season. Hornish also had the best 10-lap average speed at 129.419 mph.

Filling out the top five was Elliott Sadler, Erik Jones and Daniel Suarez. 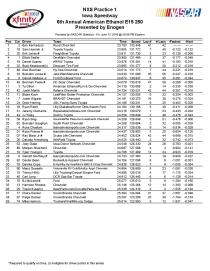 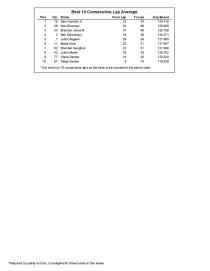