Crafton holds an 18-point advantage on Timothy Peters after the season’s seventh race of the year. Byron is next, 23 points behind Crafton. 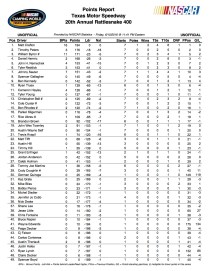