FORT WORTH – The final Camping World Truck Series practice for the Rattlesnake 400 at Texas Motor Speedway was led by John Wes Townley.

The top five was filled out by Spencer Gallagher, Ben Rhodes, and Matt Crafton. Crafton, who has won the past two June races at Texas, was fastest in the first practice session. 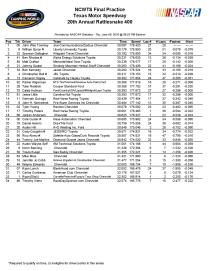 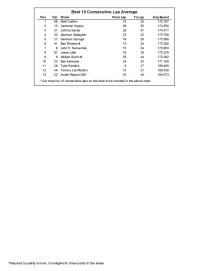