After finishing ninth in the inaugural Xfinity Series race at Pocono Raceway, Daniel Suarez continues to hold the top spot in the point standings.

Suarez holds an 11-point lead over Elliott Sadler through 12 races in the 2016 season.

The biggest drop in the standings is four spots to seventh by Justin Allgaier after he finished 39th following a wreck.

Erik Jones gained two spots to fifth in the standings with his second-place finish. 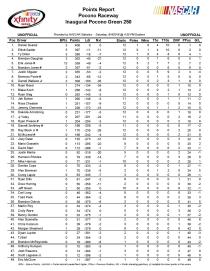 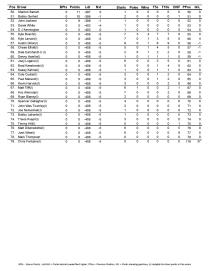