CONCORD, N.C. — Leading all but eight of 400 laps Sunday, Martin Truex Jr. scored one of the most dominant performances in NASCAR history to win the Coca-Cola 600 at Charlotte Motor Speedway.

The Furniture Row Racing driver led a NASCAR-record 588 miles, snapping a mark of 502.5 miles led by Jim Paschal in the 1967 World 600 at Charlotte. Truex also snapped Paschal’s mark of 335 laps led in the longest race on NASCAR’s schedule.

Truex led 392 laps in ending a winless streak that dated to Pocono Raceway nearly a year ago. 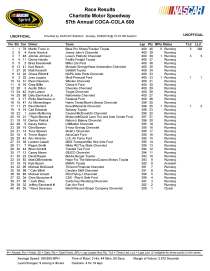